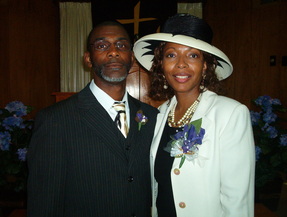 Reverend Richards is committed to being Bible-Based, Christ-Centered, Holy Spirit Led and Mission Bound.  He is married to Simone Renee Richards, of Detroit, Michigan.

He is also the Chief Executive Officer of Loving Spirit, Inc., a Faith Based non-profit organization that works in the community and he is the founder of Richard’s Sportingear.

Originally from Chicago, Illinois, Reverend Richards entered the United States Army in 1976, where he served seven years. After receiving an Honorable Discharge he returned to Chicago and earned his Bachelor Degree in African-American Studies from the University of Illinois at Chicago in 1986.  He relocated to Atlanta, Georgia in 1986 to attend Atlanta University, where he earned his Master Degree in African-American Studies in 1988. He also has earned a Teachers Certificate from Georgia State University.